Retailer Casino ‘BBB-/A-3’
Ratings On CreditWatch Negative On Weak Trading In Brazil, In The Context Of High Debt Level

France-based retail group Casino Guichard-Perrachon & Cie S.A. (Casino or
the group) has reported total sales for full-year 2015 down by around 5%
year-on-year at €46 billion. Although in France the group reported a
moderate uplift of 1.4% on a same-store sales basis in the last quarter,
its overall profitability was down meaningfully. In addition, the
performance of the group in Latin America and Asia was significantly
below our expectations, as were its e-commerce operations.

• We view the overall trading performance of the group as weak, in the
context of the group’s very high leverage using proportional
consolidation and its fairly low coverage metrics at the French
operations, where the majority of the group’s debt sits.

• Recently, management has announced two significant disposal plans of
around €4 billion, aimed at reducing the group debt. However, we consider
that the timing and execution of management’s deleveraging plan may
greatly influence the group’s future credit metrics and its business risk
profile.

• Given our negative outlook on the sovereign rating on Brazil, we forecast
the group’s Brazilian operations to continue to face protracted weakness.
The group’s operating challenges will be exacerbated, in our view, by a
difficult economic and business environment in its Asian markets.
Consequently, we anticipate that the group’s profitability and resulting
credit metrics will likely be outside our expectations for the current
rating, possibly for an extended period of time.
• We also note that the recent decline in Casino’s share price has
continued to result in a sharp increase in the loan-to-value (LTV) ratio
at Rallye SA, the highly indebted holding company, which is dependent on
Casino’s dividends to service its debt. This has negative implications
for our assessment of the group credit profile.

• We are therefore placing the ‘BBB-/A-3’ ratings on Casino and ratings on
related debt instruments on CreditWatch with negative implications. At
this stage–subject to the review we will undertake on the group’s
business and financial prospects and on several other aspects of its
credit profile, explained below, including the recent deleveraging plans
announced by management–we anticipate that we may lower the long-term
ratings by not more than two notches.

“The CreditWatch placement reflects our view that, notwithstanding
management’s plans to sell assets to reduce debt at the Casino level, the
group’s profitability will continue to be fairly weak for an extended period
of time and its debt levels, primarily located at the French operations, too
high,” said Standard & Poor’s credit analyst Raam Ratnam.

In our view, Casino’s trading in Brazil during the last quarter was
significantly weak. Furthermore, the group has also suffered from poor trading
performance in Asia and at its e-commerce operations. Casino faced declines of
more than 15% in electronics in Latin America (LatAm), more than 5% in Asia,
and more than 8% online. Therefore, despite some recovery in France, Casino
saw an overall same-store decline of 2.7% in the last quarter of 2015 compared
to the last quarter of 2014. We forecast Brazil’s GDP will continue to narrow
in 2016, which, combined with weaknesses in Asia, will continue to pressure
the group’s top line and profitability for some time.

We will also reevaluate, as part of this review, Casino’s overall competitive
position in its different markets. We currently assess Casino’s business risk
profile as strong, albeit at the lower end of the category. While Casino
benefits from diversified operations and a good market position in France and
Brazil food retail markets, it is heavily exposed to emerging markets in Latin
America and Asia that are undergoing acute macroeconomic challenges.
Specifically, when we lowered our foreign currency rating on Brazil to ‘BB+’
on Sept. 9, 2015, we revised the outlook to negative and maintained our view
of its country risk as moderately high. We could also lower our assessment of
Casino’s business risk profile if we don’t conclude that profitability will
recover or if the group’s business diversification reduces significantly due
to disposal of international operations. In this context, we plan to
reevaluate the group’s business prospects and market positions as part of our
review.

In our view, Casino’s credit metrics are also positioned at the weak end of
our “significant” financial risk category, as defined by our criteria. While
we view positively management’s attempts to deleverage, we forecast that the
benefits of the group’s moderate topline recovery in France, its proposed €2
billion deleveraging plan (announced in December 2015), and more recently a
potential sale of its holding in Big C in Thailand, could be materially
diluted by the severe and prolonged weakness in Brazil–compounded by
significant weakness in the Brazilian real and the Colombian peso versus the
euro. As stated earlier, the loss of business diversity and lower profit
expectations could also lead us to reevaluate the business risk profile and
thereby the metrics necessary for the rating level. The recent trading
pressures developing in Asia, if not contained, could also compound operating
weakness.

We aim to resolve the CreditWatch within 90 days.

At this stage–factoring in the deleveraging measures announced by management
and subject to the review we will undertake on the group’s business and
financial prospects and several other aspects of the credit explained
above–we anticipate that we may lower the long-term ratings of Casino by not
more than two notches.

We will be reviewing all the aspects discussed above, including:
• The group’s operating prospects in Brazil and Asia during 2016 and 2017,
and its profitability in France;

• The impact of these operating expectations on the group’s prospective
debt coverage metrics. In particular, whether the group would be able to
sustainably improve its proportional leverage to 3.5x by our measures by
the end of 2016 while maintaining its current strong business risk
profile in light of its deteriorating performance and cash flow
generation and the possible disposal of certain international operations
and assets;

• The cash circulation within the group and resulting weak coverage metrics
at the French level, where most of the group’s debt sits; and

• Management’s plan to de-risk the wider group, given the very high LTV
ratio at Rallye SA and the stress on Casino’s financial flexibility as a
result of the need to service the debt at the holding company level. 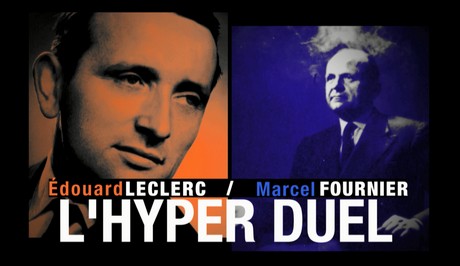 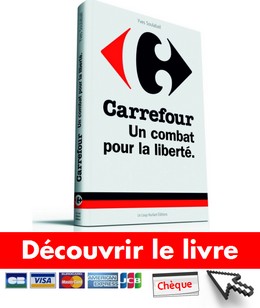 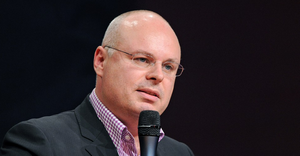